Art in the Underground

Undergrounds represent privileged settings to host non-conventional artistical proposals. The project “Museo nel Metrò” (Museum in the Metro) was created to transform the stations of the Turin Underground from simple local mobility spots to sites dedicated to art, communication and encounters.

An “Artistical Facility” for the City. The Stations’ Window Stickers.

The project “Museo nel Metrò” has accompanied the development of the Turin Underground since 2006, and it has been curated by the well-known artist Ugo Nespolo, who comes from the same city.

In order to decorate the stations’ stained-glass windows, Nespolo has made a series of glass decorations, called “vetrofanie” (window stickers), which establish a visual and symbolic link between the underground and the city.

Window stickers have been designed starting from the name of each station, and through the use of essential and direct signs they tell a story about the locations, the characters and the most important events of the civil and cultural history of Turin.

Decorations are present in every underground station that is currently accessible – except Porta Nuova – and they will adorn also the future stops of the southwards and westwards extension of Line 1. 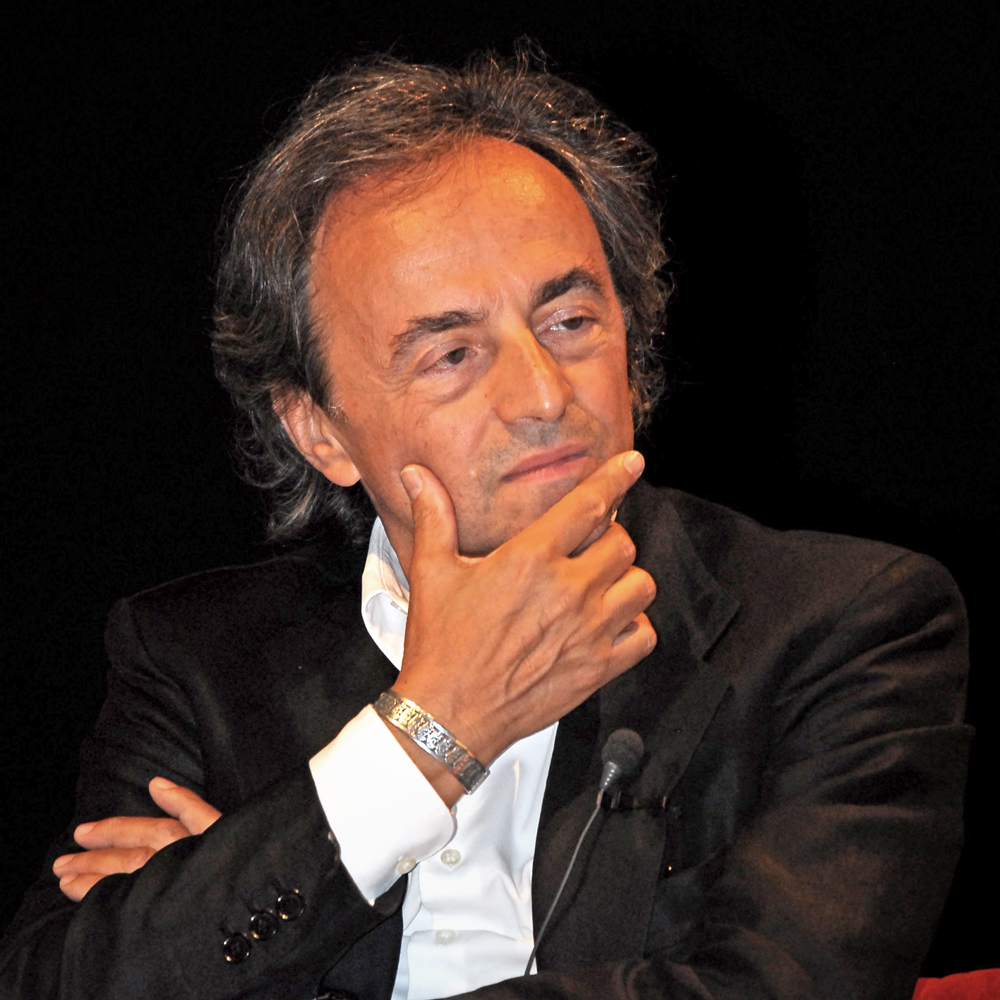 Ugo Nespolo is a versatile artist, active in a wide range of disciplines, from painting to cinema and sculpture. In the Sixties, he was one of the artists who animated the Schwarz Gallery in Milan and he was a pioneer of Italian Experimental Cinema.

His movies were screened and debated in important museums (Centre Pompidou in Paris, Tate Modern in London, Venice Biennale) and his works have been exhibited in Italy and abroad.

He strongly supports the combination of roles played by the figure of the “intellectual artist”, and he studies and writes intensively in the field of aesthetics and the art system.

This window sticker elegantly depicts the mathematic formulas invented by the famous physician Fermi, and some graphic elements that recall the visual world of science.

This window sticker is a tribute to Turin’s excellence in the automotive design sector.

The window sticker is inspired by Collegno’s Campo Volo, developing an aerial and futuristic image.

This window sticker is inspired to the confectionary plants once present in this area and it reproduces their history through pop aesthetics.

This window sticker recalls the rural past of the Pozzo Strada area, depicting landscapes and symbols representative of agriculture.

This window sticker is inspired to the symbols of the mountain: alpine stars, boots and an alpine hat.

This window sticker depicts Rivoli Castle and it reproduces some of the masterpieces exhibited in its contemporary art collection (the ones by Gilberto Zorio, Mario Merz, Keith Haring and Nicola De Maria).

This window sticker depicts Racconigi Castle and its heraldic symbols.

This window sticker draws on Gian Lorenzo Bernini’s sculpture, located at the center of the representation, with the aim of recalling the baroque architecture of Piedmont (the Holy Shroud Chapel and Carignano Palace).

This window sticker is dedicated to the theme of work in remembrance of those fallen on 18 December 1922; it depicts the Fourth Estate by Pellizza da Volpedo moving forward under the look of the most important cultural exponents of Turin between the two World Wars (Felice Casorati, Levi Montalcini, Cesare Pavese).

The station is the neuralgic center of the city. It is the place where all arrivals and departures take place, integrating the railway and the underground. The window sticker of Porta Susa represents the different types of convoy crossing through the station, and the nearby attractions: the new skyscraper of Intesa San Paolo, the seat of “Bruno Caccia” Court and the historical building of “Officine Grandi Riparazioni”.

This window sticker recalls the historical battle of Vinzaglio, which took place on 30 May 1859 during the Second Independence War of Italy fought between the Austrians and the Piedmontese. The window sticker celebrates the Unity of Italy and its main characters: King Vittorio Emanuele II, Prince Camillo Benso Conte di Cavour and Giuseppe Garibaldi.

The window sticker celebrates the General Italian Exposition of 1884, held in the presence of King Umberto I, and the book “Cuore”, set in Turin between 1878 (the year of Umberto I’s crowning) and 1886, in the period following the Unification of Italy.

This window sticker is focused primarily on Valentino Castle, current seat of the Architecture Department of the University of Turin. The arboreal figures indicate the presence of the nearby park, while the radio represents and homage to its inventor Marconi.

In Nizza station, the Medieval borough and the used-to-be Fashion Palace, now “Torino Esposizioni” Fair Center, are represented by the respective architectural symbols. Moreover, in addition to the heraldic crest of the city of Nice, the window sticker highlights two quite original museums: The Fruit Museum and the Museum of Criminal Anthropology.

Dante station pays tribute to the famous poet and father of the Italian language, who is symbolically linked by letters to the seat of the Turinese newspaper “La Stampa”. It also recalls the monuments of the area: the Automobile Museum, and Andrea Provana submarine, “parked” on the side of the river Po close to Isabella Bridge, which represents one of the few historic-naval artifacts of important dimensions left in Italy.

In the window sticker of the Carducci-Molinette station, the Hospital is the central theme, represented by the image of the historical building and its doctors. Also in this case, there is an additional homage to the poet and writer Giosuè Carducci.

In this window sticker we can find cradles, storks, baby bottles, pacifiers and babies, indicating the proximity of one of the most important birth centers in Italy, Sant’Anna Hospital. Moreover, the port city Spezia is represented by its heraldic crest and the image of a ship. Finally, the fruit stand indicates the market located in Corso Spezia.

In the common imaginary of Turin, the name of this station indicates the historical seat of Fiat. Over the years, the hub got transformed and enriched by the polyfunctional fair center and the University. The window sticker retraces the history of this part of the city depicting cars, books, and the characteristic bubble designed by the famous architect Renzo Piano.

In this window sticker, the past, represented by the Monorail launched in the occasion of Italia 61, is intertwined with the modern skyscraper of Regione Piemonte. Pala Vela arena is depicted in the background.

This window sticker depicts Umberto I Primary School, a little House of Duty and the historical market of the area.