The Turin Underground metro system represents a core element of the improvement program put in place by the City of Turin to upgrade public transport infrastructure. The VAL driverless technology allows for frequent services and flexibility in scheduling, providing an ideal solution for Turin’s transport needs. 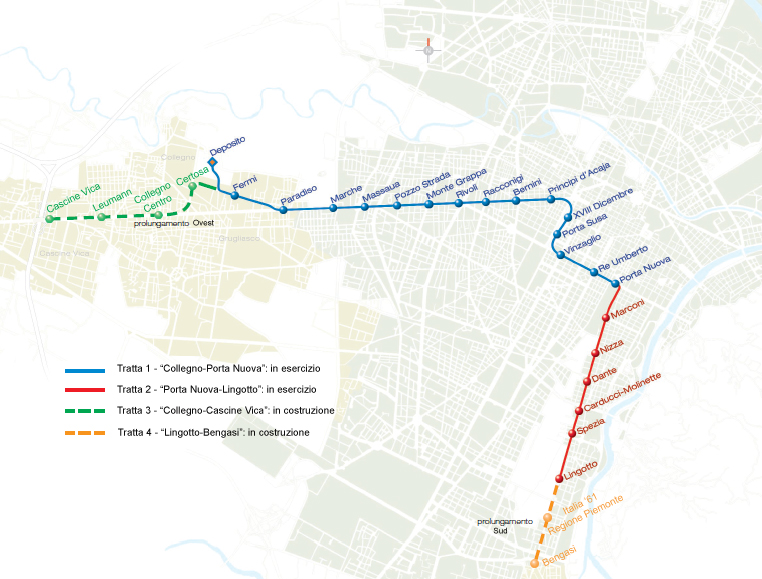 The system currently consists of a 13.2km “Line 1” running from Fermi (in Collegno) to Lingotto (a hospital district and multi-purpose zone), with the route passing through the heart of the city via the stations of Porta Nuova and Porta Susa. The line is serviced by 29 lightweight and driverless VAL208 trains which cover a distance of 13.2km in 23 minutes.

The metro system is also integrated with surface public transport and parking facilities, allowing for rapid interchange between different transport modes and increasing mobility in the city. For example, Fermi commuter carpark in Collegno enables people living outside Turin to use the underground to arrive quickly in the city center.

Infratrasporti.To is continuing to make improvements to the metro system. Having concluded an extension to Line 1, connecting Porta Nuova to Lingotto, funding has already been obtained for the construction of a further southward extension to Bengasi, while planning for a westward extension of Line 1, towards Cascine Vica, is underway.