The underground line that is currently operational from “Fermi”, in Collegno, to “Lingotto”, consists of 21 stations, 15 of which are “standard stations”.

The “standard station” was designed by Studio Bernard Kohn & Associati. It is 60 m long and 19 m wide with platforms located about 15 m below the street level. In addition to the external accesses, its spaces include the lobby floor, an intermediate floor and the platform floor, which is divided from the railways by a glass tunnel.

The spaces have been designed with the aim of rationalizing and minimizing the paths inside and in the exit corridors, and they envisage interior volumes as wide and open as possible, able to provide access to all types of users. 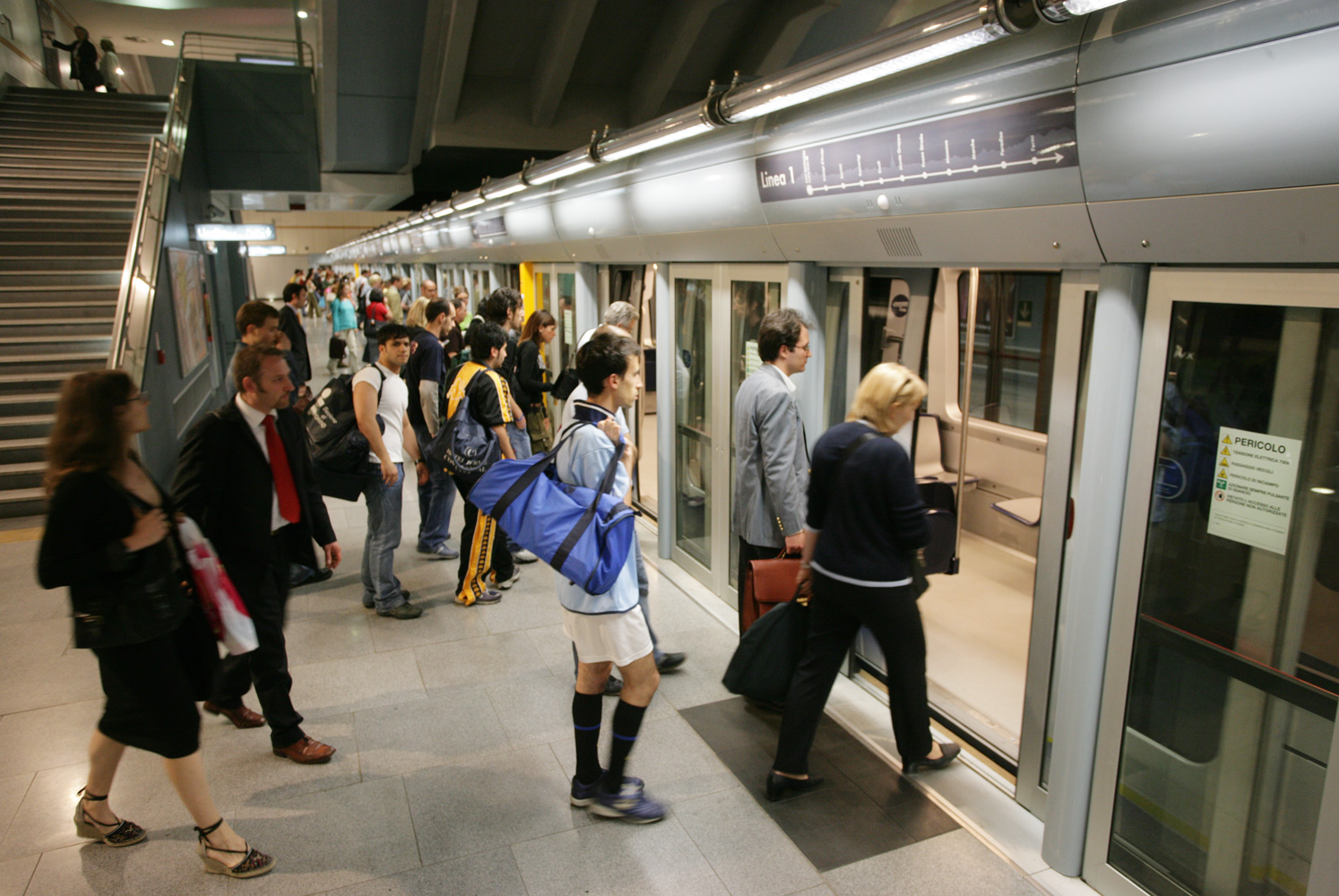 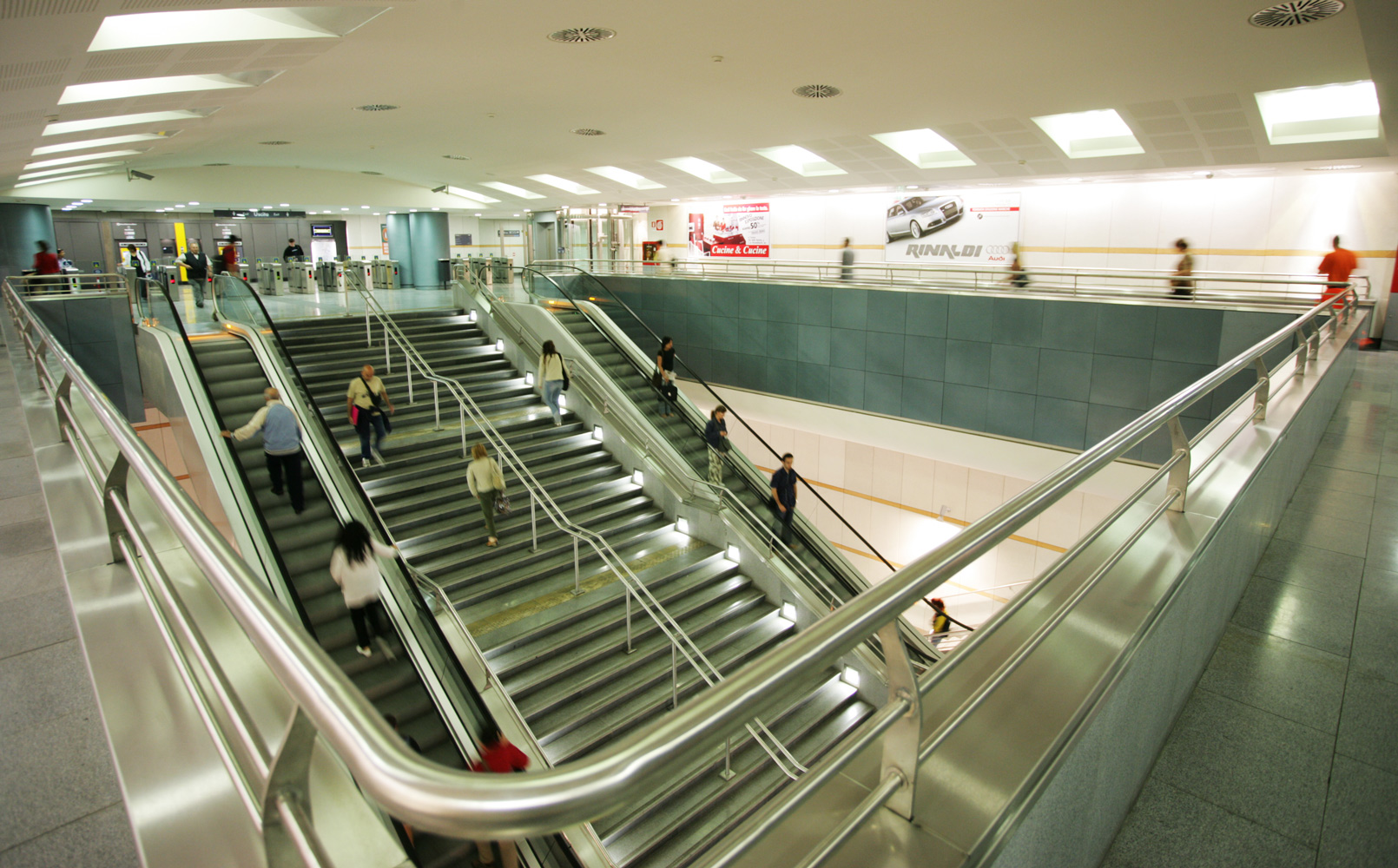 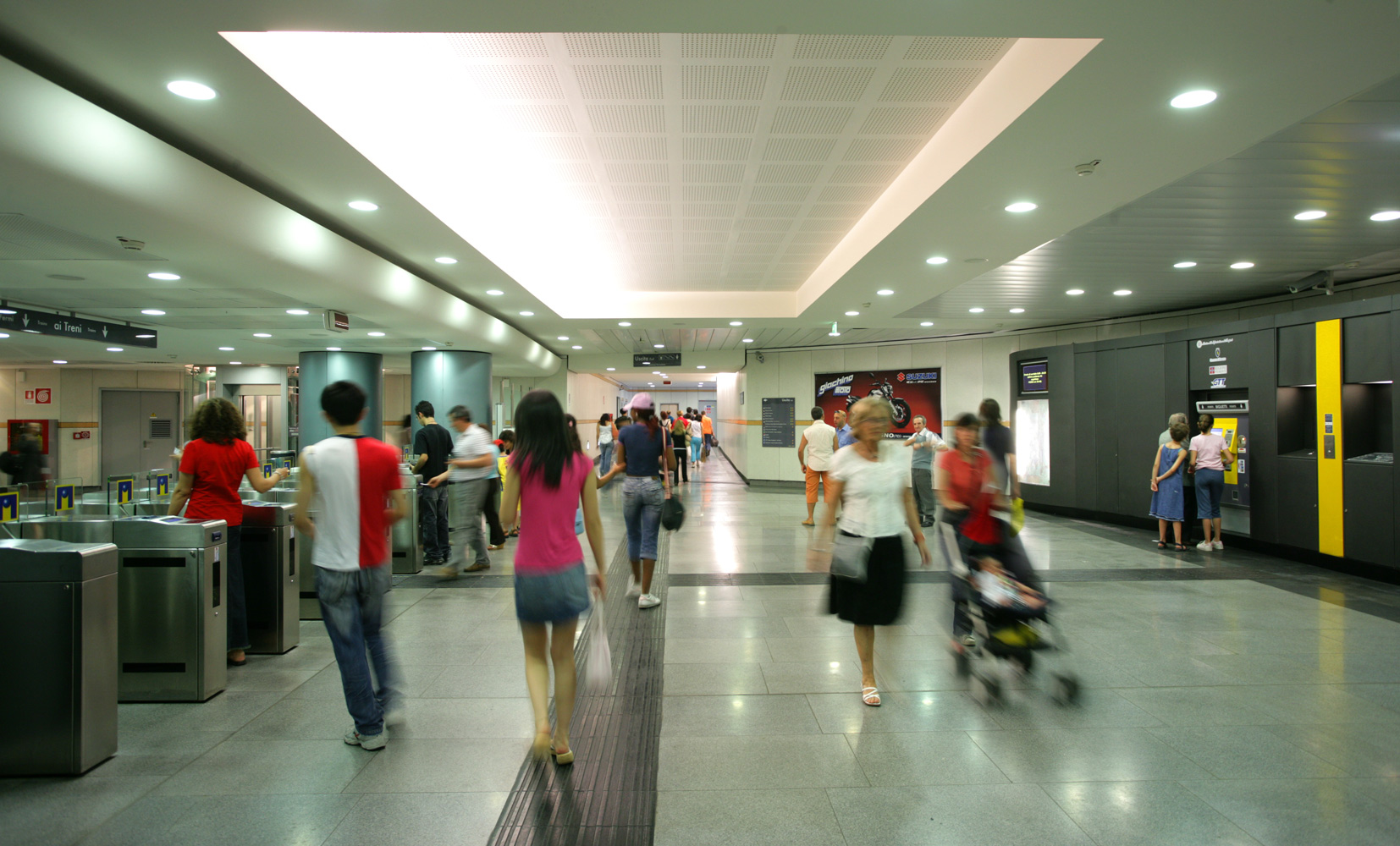 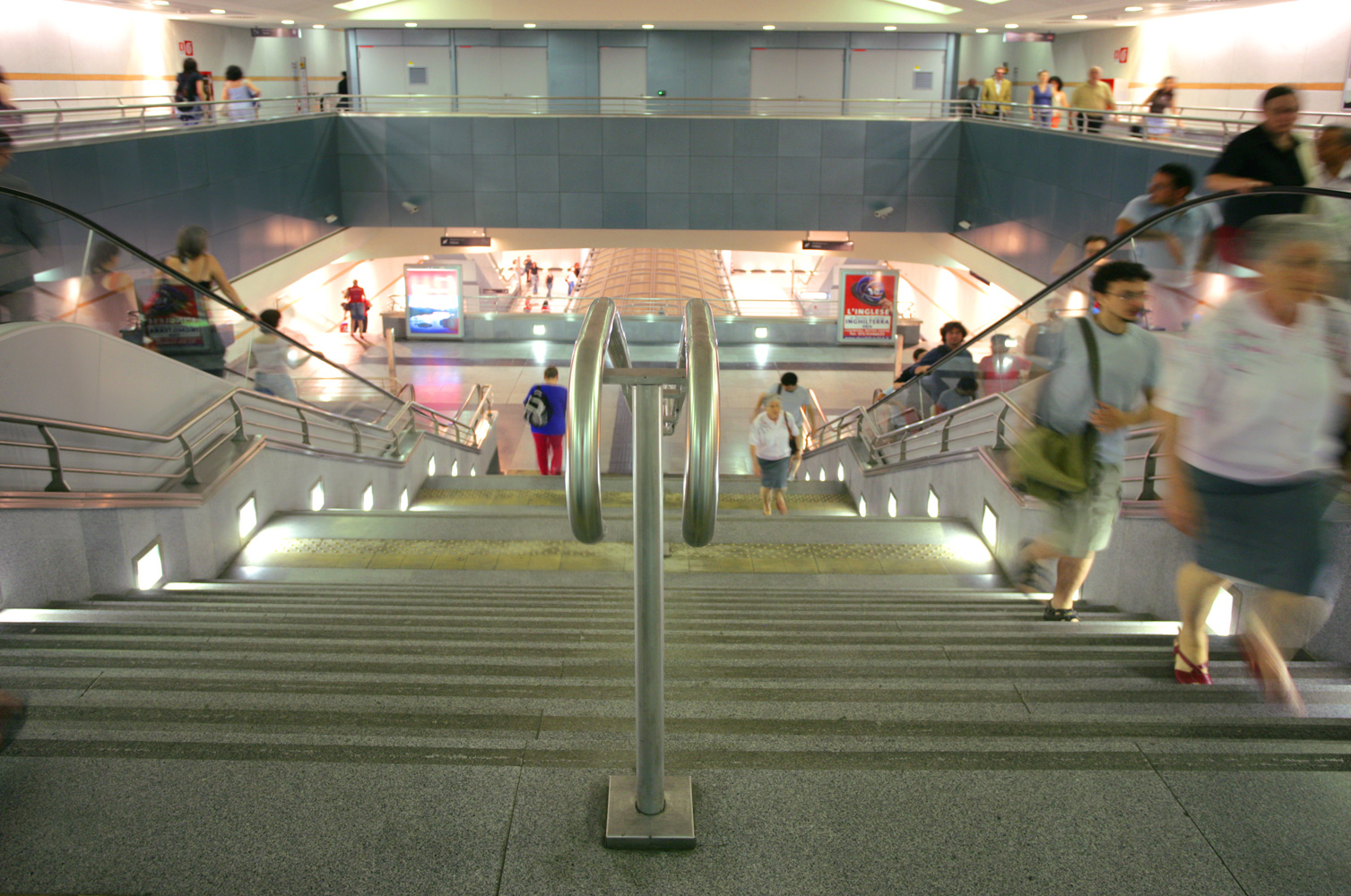 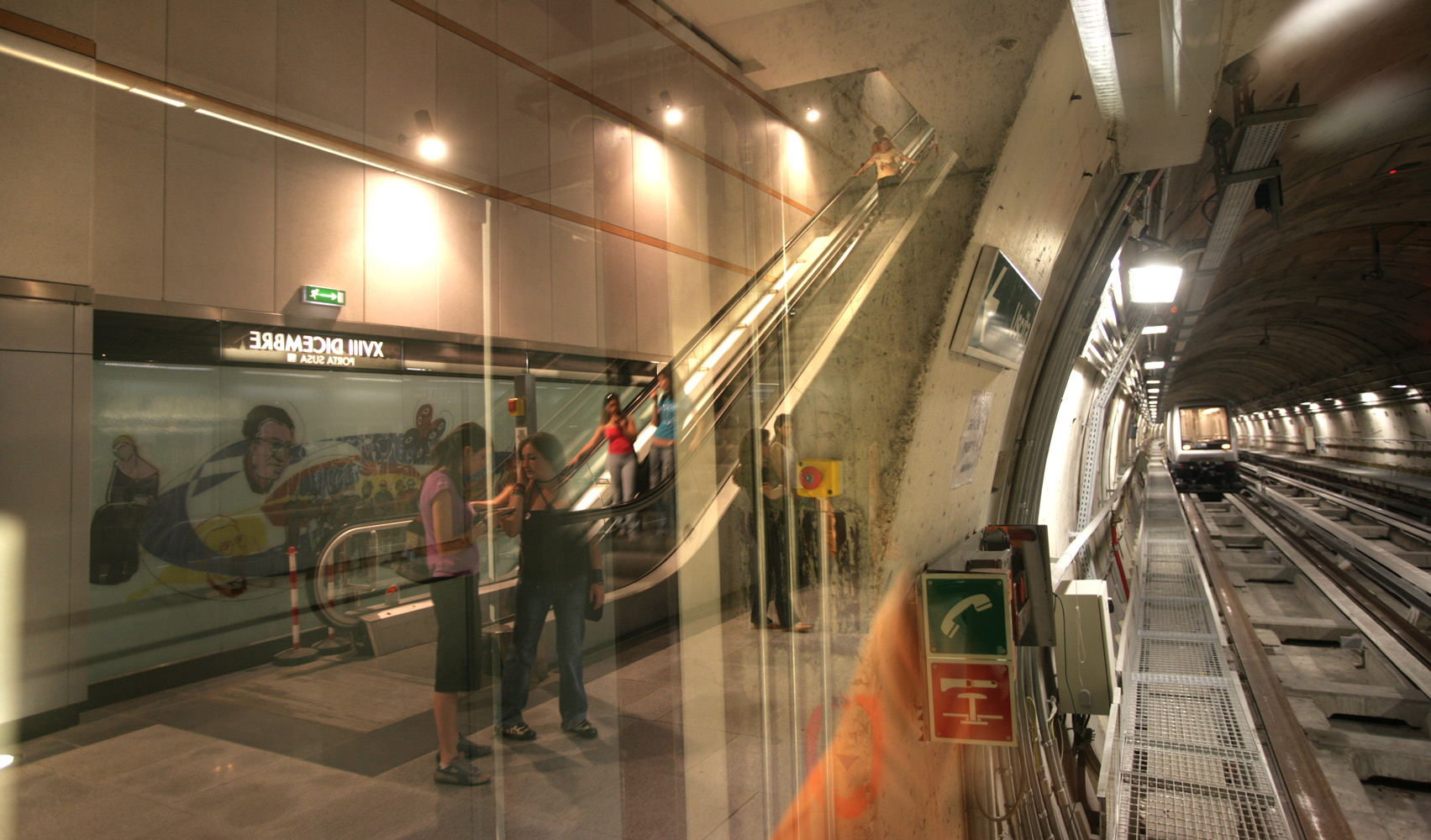 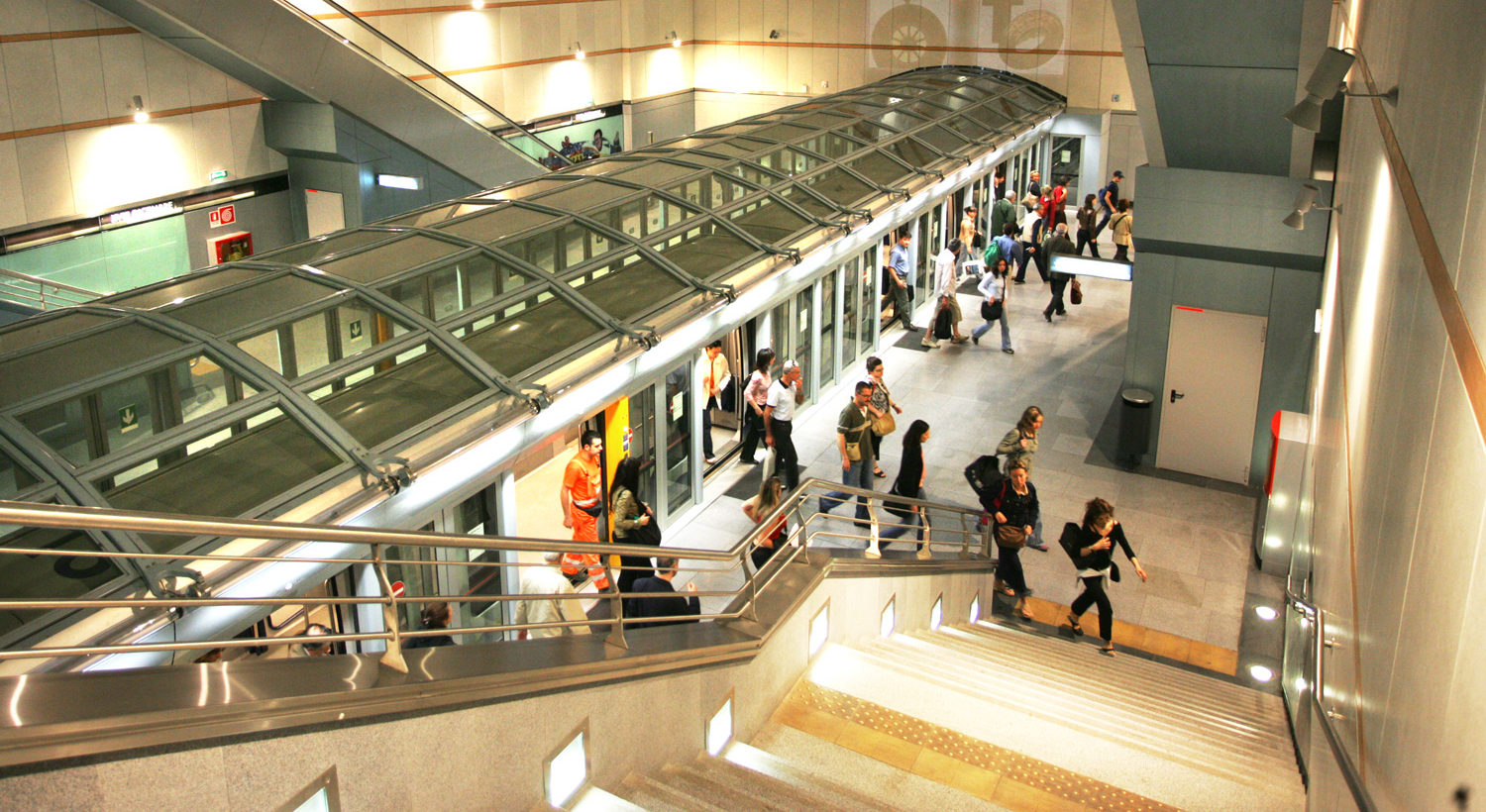 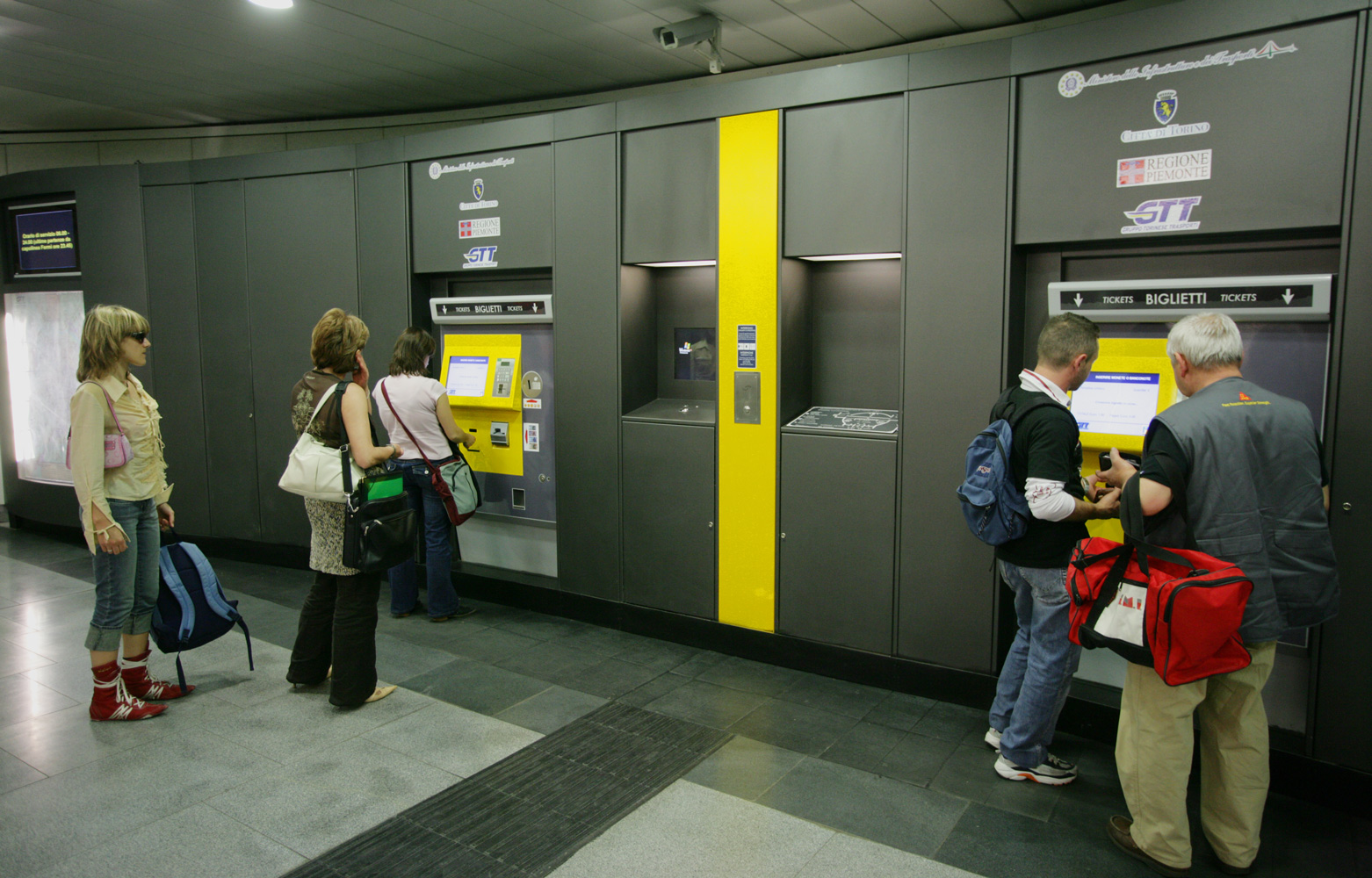 The stations have been designed to guarantee total accessibility, and they are suitable for everyone.

In order to facilitate access to the station and use of underground spaces by the visually impaired, tactile paving has been installed inside the stations. This system involves the use of tactile messages impressed onto the floor surface, which can be perceived through the feet or with the tip of a cane. These messages help visually impaired persons to orient themselves and they are coordinated with Braille messages on the stairway hand rails.

Persons with physical disabilities can access the stations via special lifts, equipped with a double switchboard that links different levels from the surface to the platform. Each individual station is equipped with a lift from the street level to the atrium level of the station, and another lift from the atrium level to train platforms, located past the ticket barriers. Inside each train there are two bays capable of accommodating a wheelchair. Also, the glass on the platform screen doors is marked with pictograms that clearly indicate where on-board handicap bays are located. The bays are equipped with safety belts, which allow to block the wheelchair and guarantee stability while the vehicle is moving, but they can also be used by mothers with push-chairs.

Finally, easily identifiable and accessible intercoms are located on the atrium and platform levels, and on-board trains, to allow communication with operators, who can intervene and provide assistance if required.

The Quality of Air in the Station and On-board

According to a study by the Università degli Studi di Napoli, in collaboration with GTT and Infra.To, the air present in the Turin Underground, both inside the stations and onboard, is the cleanest in terms of PM10 and PM 2.5 among the main undergrounds in the world.

This result was achieved through the use of rubber tires, which generate minor emissions both at the departure and under braking, and also thanks to the platform tunnel separating the environment of the station from the rails.

The Construction Stages of the Stations

Once underground utilities are moved (lighting networks, water, gas, telephony etc.), the first operation consists in the realization of the lateral support bulkheads and the roof slab of the surface, left partially open in order to allow the displacement of materials and vehicles. At the end of this phase, it is possible to repristinate the surface viability on the part of the slab that is already completed.

Secondly, bulldozers start digging in the central body of the station and under the roof slab in order to realize the future lobby floor. The digging continues until it reaches the depth share of the platform floor, where the concrete base sole is realized.

If the mechanical digging of the line tunnel is done with a Tunnel Boring Machine (TBM), commonly called “mole”, at this point a series of operations is carried out in order to enable its unladen passage through the station.

Afterwards, the construction of the platform floor can start: when the station is finalized, the presence of the glass tunnel will impede access to the tracks, guaranteeing maximum safety.

Finally, the works proceed with the construction of the intermediate floor, which includes laying the slab and the connection stairs between floors.

At this point, the roof slab can be closed definitively and vehicular traffic can be deviated again on the central street, in order to allow the construction of lateral entries to the station.